Zulya was born in the tiny village of Palvantash, in the foothills of the Pamir-Alay, in the east of Uzbekistan.

From early childhood, Zulya showed herself to be a very talented child: she excelled academically, often took prizes in school academic contests. She was very physically fit and developed, and loved track and field. Her parents somewhat disapproved of these interests of their daughter, but they couldn’t do anything about it.

During one of the track-and-field competitions, Zulya’s potential was noted by recruiters of a specialized sports school, who offered Zulya a scholarship to a sports boarding school, where she could train as an elite athlete. But Zulya’s parents refused the offer.

When Zulya was 15, having graduated from an 8-year basic school — skipping the last 2 years of the standard 10-year schooling in the USSR system — Zulya left home and enrolled in a pedagogical specialized school in Andijan, Uzbekistan. Here in Andijan, Zulya caught the mountain bug, getting involved with the Andijan Alpine Club. Later, also in Andijan, she received her first formal Mark of Distinction — “Alpinist of the USSR”; in the USSR, mountaineering and all other sports were highly organized, with formal levels of recognized achievement. The closest analogy in the U.S. is Scouts, where participants earn badges. Zulya perfected her alpine mastery in Tashkent, where she was a student in the Tashkent Pedagogical University. Tian Shan, Fanskie Gory, Kyrgyz Range, Pamir: this is only a short list of the many mountain areas where Zulya climbed in those years. She took part in ascents of such famous peaks as Peak Lenin (aka Peak Abu Ali ibn Sina (Avicenna)), Peak Pobeda, Khan Tengri, Peak Communism (peak Ismoil Somoni), Peak Korzhenevskaya.

Zulya became a Champion of Uzbekistan in rock climbing, and she won prizes in many alpine disciplines in the Commonwealth of the Independent States of the former USSR.

After graduating from university, Zulya worked as a professional high-altitude mountain guide in the Zaalay mountain range, and in the Pamirs. She taught young mountaineers the art of high-altitude mountaineering. She participated in search and rescue operations, and she guided many junior climbers on the 7,000 meter summits of the Pamirs. She had completed over 10 ascents of Peak Lenin alone.  More about Zulya and her daughters here.

After Zulya moved to the USA, she continued her career as an alpinist and as a teacher. She became one of the most trusted and popular instructors and guides of the Seattle Alpine Club “Gorizont” (“Horizon”). There she worked with a great many beginning mountaineers. She has been the organizer of large events such as Club Gorizont Alpiniad, Closing Season, Children Alpiniad, for 5 years collecting hundreds of active lifestyles. Zulya has been an instructor of several programs within the Club such as the Beginning and Sports training, and there were not any serious climbing without her participation. 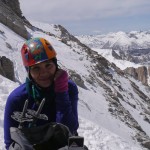 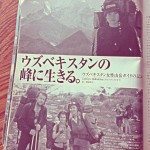 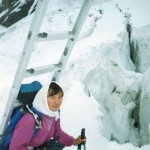 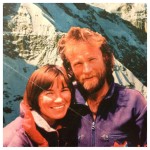